If you’re a music lover in Davis, Armadillo Music probably holds a special place in your heart.

Established in 1996, the store has sold vinyls, instruments, CDs, and even tickets to music events that they host or co-host for over 25 years.

Owner Josh Chapman explains that his family established the store because they “always had a huge appreciation and love for music.”

“It was a desire to have a place for folks in our community to come together and appreciate music together,” he says, “in an environment and space where everyone feels comfortable.”

That appreciation must be infectious, because the store has survived multiple obstacles, including several competitors. “We always just had a tremendous amount of support when large change came in,” Chapman adds.

Manager Paul Wilbur believes the store has survived so long because it acts as a central hub for music people: a place to connect artists, listeners, and collectors.

“All those little features about our store make a community,” he says. “We’re kind of at the heart of the Davis music community.”

The theme of community extends to helping customers out when they aren’t sure what to listen to. Wilbur recommends Bombs Away Dream Babies by John Stewart.

The album features Stevie Nicks and Lindsey Buckingham from Fleetwood Mac, and it’s only available as a vinyl record.

“It’s a common record,” he adds, “and if you looked at it you wouldn’t think it sounds how it sounds. It looks kind of cheesy. It basically sounds like Johnny Cash is singing for Fleetwood Mac.

Selling music doesn’t end when the doors close at night. The store will also co-host the Vinyl Fair this year on Oct. 23, a biannual event where more than 50 vendors from all over NorCal will attend to sell CDs, records, and other music-related items. This year’s fair will be the first since 2019.

“We’re really excited about it,” says Wilbur. “It’s a big part of us reaching out to the community at large. It’s nice to be needed, so to speak.”

That community extends to fellow businesses, too. Wilbur says that Armadillo Music has “a really nice working relationship with Watermelon Music and Woodstock’s Pizza,” who will be at the October fair.

And they have a major soft spot for PDQ Parcel Dispatch across the street, a family-owned mail business. “They are our godsend when it comes to shipping products,” he beams. “They’re very nice people who do a lot for the community. Very helpful, patient, and courteous.”

One thing Wilbur and Chapman would like everyone to know is how much they adore being part of something bigger.

“We enjoy being a part of the Davis community,” Wilbur says. “We love the fact that we’ve been here for so long and people support us unconditionally. It’s nice to be appreciated in Davis.”

Contributed to The Dirt by Sam Swank. She is a senior at UC Davis, double-majoring in Spanish and linguistics. 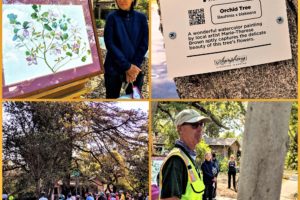 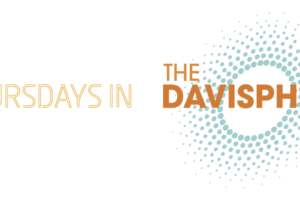