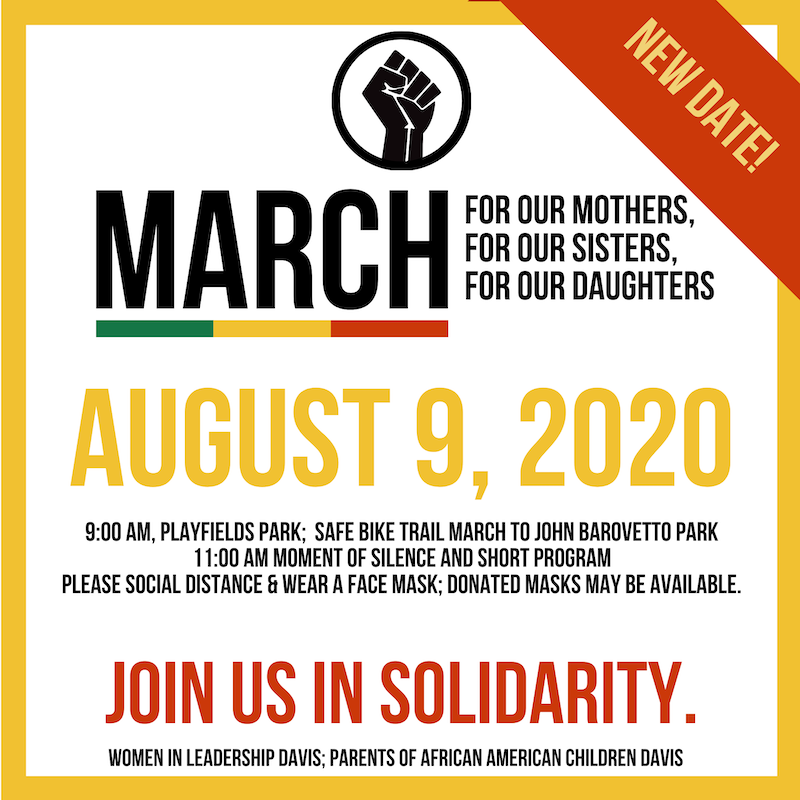 “For Our Mothers, For Our Daughters, For Our Sisters” March serves to bring awareness to the systematic racism that has historically plagued the United States. As we recognize the need for equality in our city, state and country, we also celebrate the work being done today to make necessary change a reality. We celebrate and lift up voices of African American women in our Community,

The timing of this March strategically marks the 55th anniversary of The Voting Rights Act, signed into law on August 6, 1965. “It outlawed the discriminatory practices adopted by many southern states after the Civil War, including literacy tests as a prerequisite to voting” (“Voting Rights Act”).

Additionally, we celebrate the 100 year anniversary of the passage of the 19th Amendment, giving women the right to vote.

As we march on August 9, 2020, let us join in discussion with our family and friends to remind this and the next generation that the end of racism and discrimination needs to begin today. Join us in remembering our black Mothers, Sisters and Daughters who have lost their lives due to police violence and systemic racism. We will also be celebrating our black Mothers, Sisters and Daughters that are actively working on Civil rights today as we remember those that went before them in the struggle.

We want to remain as safe as possible during this pandemic, so please wear a face covering and use social distancing during our march.

This event is a collaborative effort sponsored by: