The installation, co-curated by Professor Susan T. Avila and Design MFA student Cristina Gomez, spotlights creations that combine global shoemaking traditions and techniques with references to the built environment—such as Bauhaus and brutalist architecture as well as 20th-century art movements and punk rock.

“His work demonstrates extraordinary craftsmanship that builds on principles of industrial design and fashion, and his use of repurposed materials promotes sustainability, which is an important component of our UC Davis Design major,” says Avila, who first took note of Francis in 2015 when his Slipper shoe appeared on the cover of Ornament Magazine.

In the interim, Francis’ work has been featured by magazines like Vogue, who called the designer’s work “singular,” that of a “Glam-Rock Shoemaker” (his styles have been worn by Mötley Crüe’s Mick Mars and Steve Jones of the Sex Pistols, among others), as well as by major museums. A short documentary, Chris Francis: Shoes, followed his first museum exhibition at Craft Contemporary in Los Angeles and appeared on KQED in 2019.

In it, Francis talks about his past career as a carpenter informing his work. While he frequently creates shoes for celebrities and high-profile clients, his true passion is utilizing his unique skills to conceptualize his artistic vision. Many of his shoes are made from unexpected materials, like rocks, wood, and found objects, and each is one of a kind.

“He pushes boundaries and our ways of thinking about shoes,” says Gomez. One of her favorites, Audacity of Huge, is from his Brutalism collection. “They are wearable, but not at all functional. Like many of the shoes on display, they are art objects.”

“They are just amazing in person,” adds Gomez, who explains that one of the reasons Avila and she believe the UCD Design Museum is the right home for the show is the inclusion of inspirational objects. “There is a lot about Chris’ design process,” says Gomez. “We think it’s important for the students to see how he starts, and how he arrives at the finished project.”

Francis himself is self-taught, having sought out traditional shoemakers for apprenticeships. Without a proper leather sewing machine, he did all the work by hand and still occasionally works that way.

68 of the artists’ shoes will be on display in UC Davis’ Cruess Hall when the exhibit opens, along with many of the artist’s inspirational objects and tools.

The exhibition space entrance will appear as a reproduction of Francis’ studio, through which visitors can walk and see his sewing machines. Gomez and the exhibition team had a chance to visit Francis’ studio in Los Angeles, which she says “is like going back in time to 1930s­–1950s old Hollywood. Francis inherited celebrity shoemaker and mentor Pasquale Di Fabrizio’s shoe lasts—the Di Fabrizio shoe boxes, which cover the walls of Francis’ studio, include names like Lauren Bacall, Barbara Stanwyck and Joanne Woodward. Francis continues Di Fabrizio’s tradition of bespoke shoes while demonstrating that inspiration can come from just about anywhere.”

From there the visitor is taken through early to mid-twentieth century pieces—Bauhaus, the arts and craft movement, Russian constructivism—and into American Hardcore and Brutalism, before ending with fantasy, pop, and art deco pieces.

Some pieces to look forward to seeing include Shoe Machine (2015), inspired by an 1880s western tailor shoe machine, constructed from wood, painted leather, and rubber; Tatlin’s Tower (2015), knee-high boots inspired by an iconic work of Russian modern art from the early Soviet era that was likewise symbolic and functional; and Headmaster’s Office (2016), a suite of shoes recreating German architect and Bauhaus school founder Walter Gropius’ office. Francis’ Punk Years Revisited (2015), which incorporates pieces of the walls of the New York music venue CBGB, stands out with repurposed broom bristles that seem reminiscent of a mohawk.

Gomez is also working on a free coloring book to accompany the show: “We are going to have a coloring book activity space. The book will feature Chris’ drawings of the shoes that you can color and add to an exhibition wall.”

“From Concept to Creation: Inspired Shoe Design by Chris Francis” opens Jan. 23 and will be on display through April 23. A reception will be held Jan. 24 at 6:30p.

The Design Museum, part of the College of Letters and Science and free to the public, is in Cruess Hall, Room 124. It is open weekdays from 12p–4p and Sundays by appointment.

For more information about this exhibition, visit arts.ucdavis.edu/design. Click Visit the Design Museum for map and parking information.

Read this article in the Digital Edition of the Print Publication: https://issuu.com/thedirt.online/docs/the_dirt_jan_23_print/s/17807965 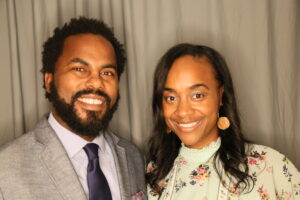