Encounter endless Halloween spectacles, including hordes of the undead, rotting robots, swords, lasers, Halloween hounds, a giant inflatable octopus, and a skydiving grand finale! The Davis Odd Fellows and the Bike Campaign are delighted to partner with over 100 sponsors, collaborators, and media partners to provide unforgettable Halloweekend experiences!

With the help of our generous sponsors, we have been able to raise money for our beneficiary, Norcal Trykers, while keeping the our events almost entirely FREE to the public! More opportunities to donate to Norcal Trykers are available along the bike route.

If you’re visiting from out of town, arrive early with your family and friends on Friday or Saturday and experience all that Davis has to offer: art , culture, a vibrant night life, and wonderful lodging. Book a room in one of our 12 motels/hotels (see lodging and tourist attractions here), visit the UC Davis Arboretum & Public Garden , and stroll our downtown. Don’t forget to bring, buy, or rent a bike! Davis boasts a variety bike shops, including our featured partners: Ken’s Bike-Ski-Board, Davis Cyclery, Green Bicycle Depot, Freewheeler, and The Bike Garage.

Zombie activities begin Saturday morning with ZOMBIE PAINTBALL from 9am-3:30pm at Davis Paintball, located at 24998 Co Rd 102 in Davis, CA. Zombie Paintball features the use of green paint in a game of zombies vs humans. Humans who get hit with green paint join the undead ranks. Can YOU survive the attack? Zombie Paintball is one of the very few features with a cost associated. Davis Paintball’s rules and charges apply.

After a day of sightseeing or Zombie Paintball, settle down at the Zombie Bike Ride’s family-friendly PRE-BIKE BREW PARTY, hosted by Sudwerk Brewing Co. from 5-8pm at 2001 2nd Street. Meet like-minded zombie friends, get a bite to eat together, and enjoy brews, boos, & plenty of Halloween candy at one of Davis’ most popular hangouts—complete with a mini pumpkin patch and carved pumpkins. Don’t miss the opportunity to take photographs with professional zombie actors on scene, brought to you by the Sacramento Zombie Club.

We suggest getting plenty of rest on Saturday night, because more than 100 local/regional organizations have come together to surprise families and friends with a monstrously large Halloween present on Sunday, October 30th from 12-3:30pm. Our team of event organizers invite visitors and residents alike to join thousands of Halloween creatures for the 4th annual, family-friendly ZOMBIE BIKE RIDE!

In our experience, most riders can complete the entire Davis Bike Loop. Hop on the route at any location and ride in either direction.

Although we emphasize bicycling, it is not required. Scooters, skateboards, strollers, and other modes of transportation are allowed. For those who find it difficult to traverse bike lanes and green belts, we suggest driving to Community Park, where the majority of the day’s festivities take place. Community Park has food and drink vendors, entertainment, and the Skydance Skydiving grand finale at 3:30pm. The Zombie Bike Ride should be treated as a community-wide amusement park. Map out your custom route, and feel free to drive or walk.

A 12-mile bike ride will make you as ravenous as a zombie, so take advantage of our lineup of food and drink vendors at Community Park: the Hotdogger, Steve’s Pizza, Niknek Lemonade, Kona Ice, and our vegan option, Vegan Circus.

After you watch zombies literally fall from the sky at the end of our renowned bike ride, we want to make your visit to Davis, CA even better by inviting you to the ZOMBIE MASH AFTERPARTY from 4-6pm at E Street Plaza (228 E Street), sponsored by the Davis Downtown Business Association. Partygoers can enjoy music by DJ Duc Jones as well as professional fire dancers from Fire University. You’ll be in the heart of downtown Davis, surrounded by unique small businesses, art galleries, bars, retail shopping, and more!

Your Halloweekend isn’t over yet! This year, the Zombie Bike Ride is hosting celebrity comedian and MTV personality Brent Pella, at our ZOMBIE BIKE RIDE COMEDY SHOW / FUNDRAISER on Sunday, October 30th from 7:30-9pm at the Davis Odd Fellows Lodge (415 2nd Street).

Pella is a stand-up comedian and current cast member on MTV’s Wild ’N Out. Pella’s comedy sketches, celebrity impressions, and parody music videos have gained more than 200 million views online and have been featured on MTV, Funny or Die, BroBible, Worldstar HipHop, and more. A Davis native, Pella is best known for his topical comedy and political satire. His impressions of Eminem, Joe Rogan, and Governor Gavin Newsom went viral in 2020.

Consider supporting our day full of completely FREE activities by purchasing a ticket to our comedy show. Tickets are $100 each, and proceeds from ticket sales will go to our non-profit beneficiaries, Norcal Trykers and The Bike Campaign—organizations that work to make bicycling possible for everyone, including children with disabilities. Consider this to be the social event of the season and put your money where you’re (still-beating) heart is, while joining us in giving a huge hometown welcome to our Davis-native superstar, Brent Pella!

Check out some of Pella’s works for mature audiences on Youtube: We Out Here – Alien Documentary, Meet the Cyclists that Take up the Entire Road (inspired by Davis, CA), Joker Parody, UFC fighter giving interview.

Have questions about our lineup of events? Want to join in the cause, sponsor our event, or form a partnership? Reach out to Zombie Bike Ride coordinator, Aaron Wedra, at 530-574-7306 or smartzgraphics@yahoo.com. 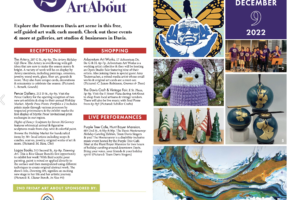 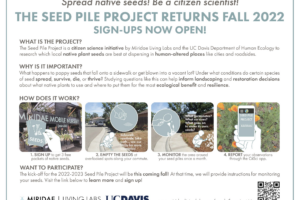 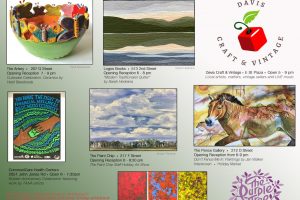