Put on by the Brewers Association, the 35th GABF, which concluded Friday, Sept. 10 in Denver, is the most competitive beer contest in the nation. The 2021 event included 9,680 entries from 2,192 breweries representing all 50 states plus Washington, D.C., and Puerto Rico. For the second year in a row, the festival portion of the event was canceled due to COVID-19.

Sudwerk won gold for The People’s Pilsner, out of 161 entries in the Bohemian-Style Pilsner category. The Davis brewery also earned gold in the Contemporary American-Style Lager category, for its Backyard Hero American Lager, out of 63 entries. Sudwerk head brewer Thomas Stull and the brewing team were named best brewer of the year.

Sudwerk is one of the most award-winning breweries in the Sacramento region. Most recently, Märzen Amber Lager won a gold in the same contest in 2019, and a silver in 2018. The People’s Pilsner won a bronze in 2019. Sudwerk chose not to enter the 2020 contest because of the strain of the pandemic.

Co-owner Ryan Fry said, “Since 1989, lagers have been at the core of who we are as a brewery. As a pioneer of craft lagers, this is our passion, and it’s an honor to be recognized for that. We’re so grateful and proud of Tom and our team. It takes a great team to make great lagers – and we have one of the best.”

Fry said an integral part of that team is the local community. “Davis is a hub for great beer, with the UC Davis brewing program, awesome breweries and people who just love good beer. We are honored to be here, and appreciate all of the support over the years. We love being your community gathering spot.” He said they plan to open a new beer garden and onsite restaurant in 2022 “to provide the ultimate beer experience in the area.”

To be eligible for this Brewery of the Year award, a brewery must enter two or more beers. It also must verify its 2020 production information to determine the numbers of barrels produced at that site. A barrel equals about two 15.5-gallon kegs of beer.

Eight breweries earned Brewery of the Year designations, based on size. Production categories start at just over zero barrels produced per year, to large breweries making more than 100,000 barrels annually. Sudwerk’s category – breweries producing 5,001 to 15,000 barrels a year – was the third-largest.

Out of some 75 breweries in the Sacramento region, only one other earned a 2021 GABF medal. Berryessa Brewing Company of Winters won a silver medal in the Session IPA category for its Mini Separation Anxiety IPA. Sudwerk was the only California brewery to win multiple gold medals. Just one other standalone brewery in the U.S. – Metazoa Brewing Co. of Indianapolis – won multiple gold medals, also with two. Of all competitors, one brewery – Moontown Brewing Co. of Indiana – won three medals (a bronze and two silvers), and 15 breweries won two.

Sudwerk has specialized in craft lagers for 32 years, so “it’s especially gratifying to be recognized for being the best in those lager categories,” Fry said. “Lagers are easy drinking but one of the most challenging styles to brew, and we spare no expense to make the best. We are proud to be living the lager life every day. They are what we love, what we drink and what we do. That effort gets lost sometimes among the IPAs and popular styles.”

Co-owner Trent Yackzan called Sudwerk’s flagship Pilsner “a true brewer’s beer,” and a staff favorite. It features a blend of German noble hops, adding to the sharp but crisp finish. It has 5.3% alcohol by volume and 35 International Bitterness Units.

Backyard Hero is a light American lager brewed with locally grown rice and malted barley, along with some German noble and West Coast hops. It measures in at 4.5% ABV and 20 IBU. Formulated to honor great American lager styles of the long-forgotten past, it is light, crisp and finishes fast, making it enjoyable from first sip to last.

GABF judging took place in 34 sessions over 17 days, under strict health and safety measures. A total of 170 professional judges evaluated the entries.

Competition director Chris Swersey said, “Despite being forced to cancel the festival portion of GABF, our brewing community rallied together to make this year’s GABF competition one for the books — our largest competition judged to date. Judges continue to be impressed with the quality and innovation of all entries they evaluated.”

The Brewers Association awarded 290 medals to 265 breweries across the country during the 2021 Great American Beer Festival awards ceremony in Denver. The best beers in 97 beer categories covering 175 different beer styles were awarded gold, silver, and bronze medals, establishing the best examples of each style in the country. For a complete list of winners, visit https://www.greatamericanbeerfestival.com/the-competition/2021-gabf-winners/. 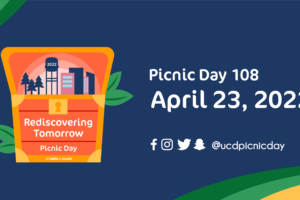 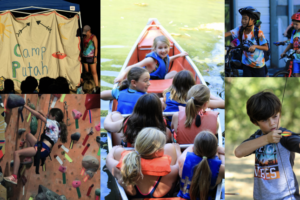 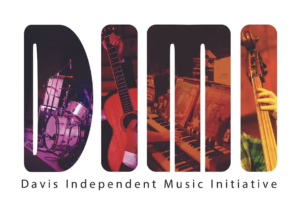