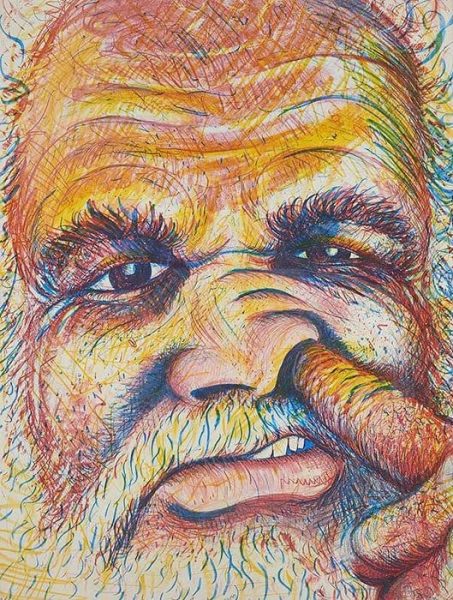 The John Natsoulas Gallery is proud to present a new exhibition in honor of Robert Arneson (Sept. 4, 1930 – Nov. 2, 1992). Commemorating the 30-year anniversary of the passing of the great artist, this show will offer visitors the chance to see amazing sculptures and works on paper by this artist who shaped the art of Northern California. Along with a stellar faculty at UC Davis, Arneson established the world-renowned TB-9 studio space and resultantly founded one of the most ground-breaking ceramic departments in the world.

Arneson was born in Benicia, California. He graduated from Benicia High School and spent much of his early life as a cartoonist for a local paper. He studied at California College of the Arts in Oakland for his BFA and went on to receive a MFA from Mills College in 1958. In the early 1960s, Arneson and several other California artists began to abandon the traditional manufacture of functional ceramic objects and instead began to make nonfunctional sculptures that made confrontational, political, and social statements. The new movement was dubbed as Funk Art, and Arneson is considered the father of the ceramic Funk movement.

The John Natsoulas Gallery makes a special note that Arneson was deeply involved with the inception of the gallery and it maintains profound admiration and respect for the community that continues on in Arneson’s stead.