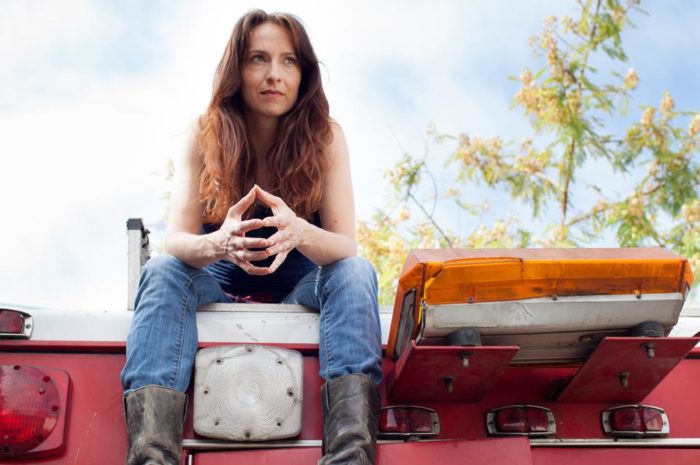 Eliza Jane Schnieder is a voice actor and dialect coach. South Park, King of the Hill and numerous other animated shows and movies have featured her work. She has taught and recorded dialects from all 50 states and around the English-speaking world. After a cop broke her wrist while she was protesting the first Gulf war, Schneider quit her “dream” job on television and set off across the country in search of … something she could not define.

Almost 30 years and thousands of interviews later, she invites us on her journey in Freedom of Speech.  The piece sets up a dialogue between the disconnected: urban and rural; rich and poor; New York and the South, all while taking the audience on Schneider’s wild ride from Arizona to Alabama to Alaska. Stopping off in beauty parlors, swimming holes, bars, street corners, and churches, asking everyone she met, simply, “What’s going on?” Dubbed by the press as “Wildly funny and genuinely poignant,” Freedom of Speech blends the immediacy of a documentary with the intimacy of Schneider’s hilarious personal narrative to capture a muffled underlying voice of America that we won’t hear anywhere else.

Eliza Jane Schneider contains strong language and mature content that may not be appropriate for all audiences.

This performance is being presented as part of SHAPE (Science, Humanities and Arts: Process and Engagement), an Andrew W. Mellon Foundation-funded program in which UC Davis students encounter the humanities, arts, and sciences integrated to express and examine the power each holds as a means of responding to our world.